This project started when I began recording words I knew in Google Sheets. I was doing most of my learning through apps, so I felt recording my notes online would make sense. I made a simple webpage to view a list of all the words I had entered, as well as grammar notes. I found entering the data into Google Sheets to be tedious however, and decided I wanted to make something else.

I later sourced words from Duolingo and made a private Chrome Extenion that would show a new one to me whenever I open a new tab. I liked this, but knew I also wanted to have a larger vocabulary than just the words on Duolingo. So I knew I needed more. 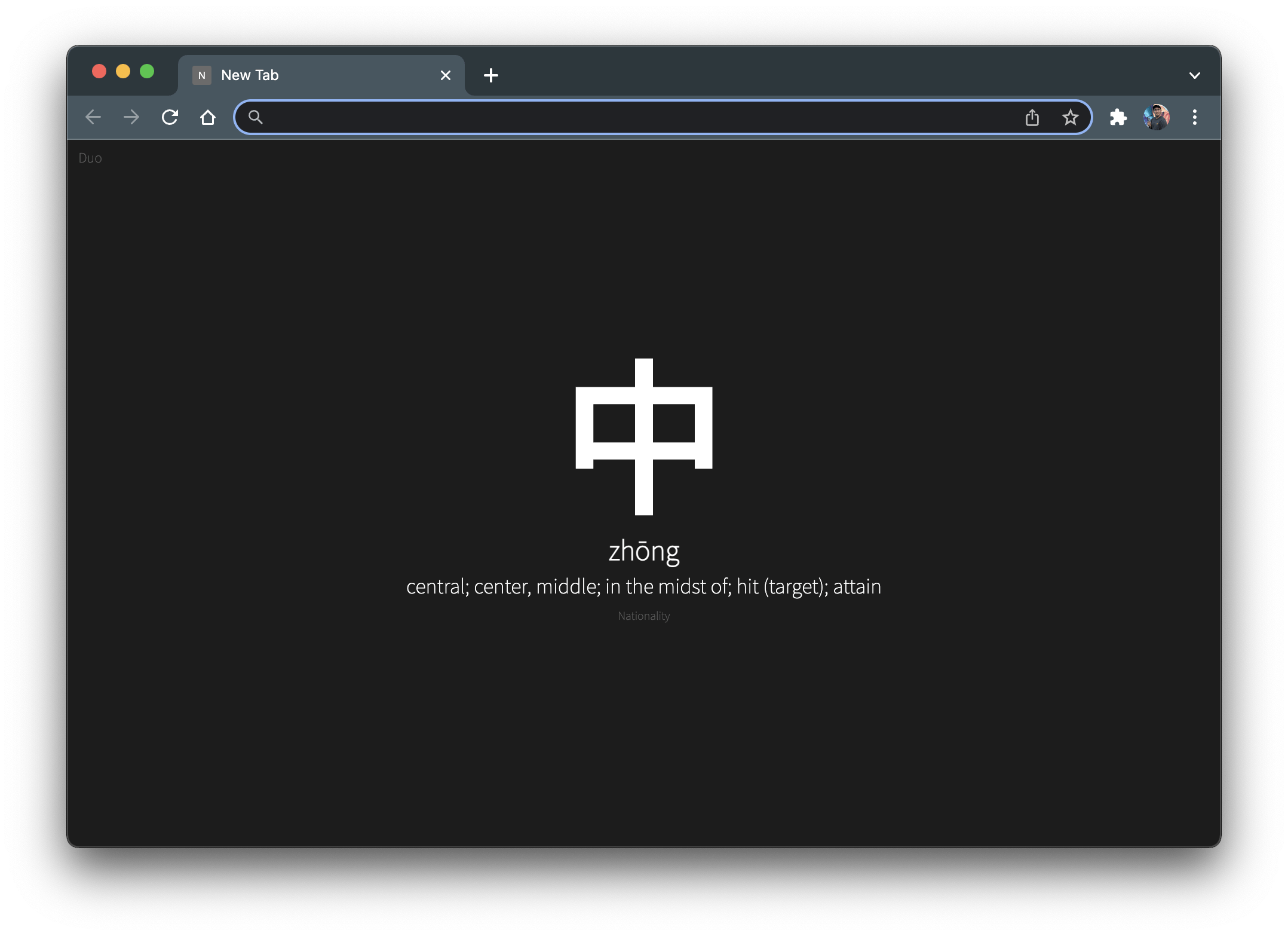 I do still use this one today. It's fast and has a large number of Chinese characters. However, I find that most often I ignore it and just move on. Not quite as immersive as I had hoped.

I decided to create a full-blown Chinese flashcard web app. 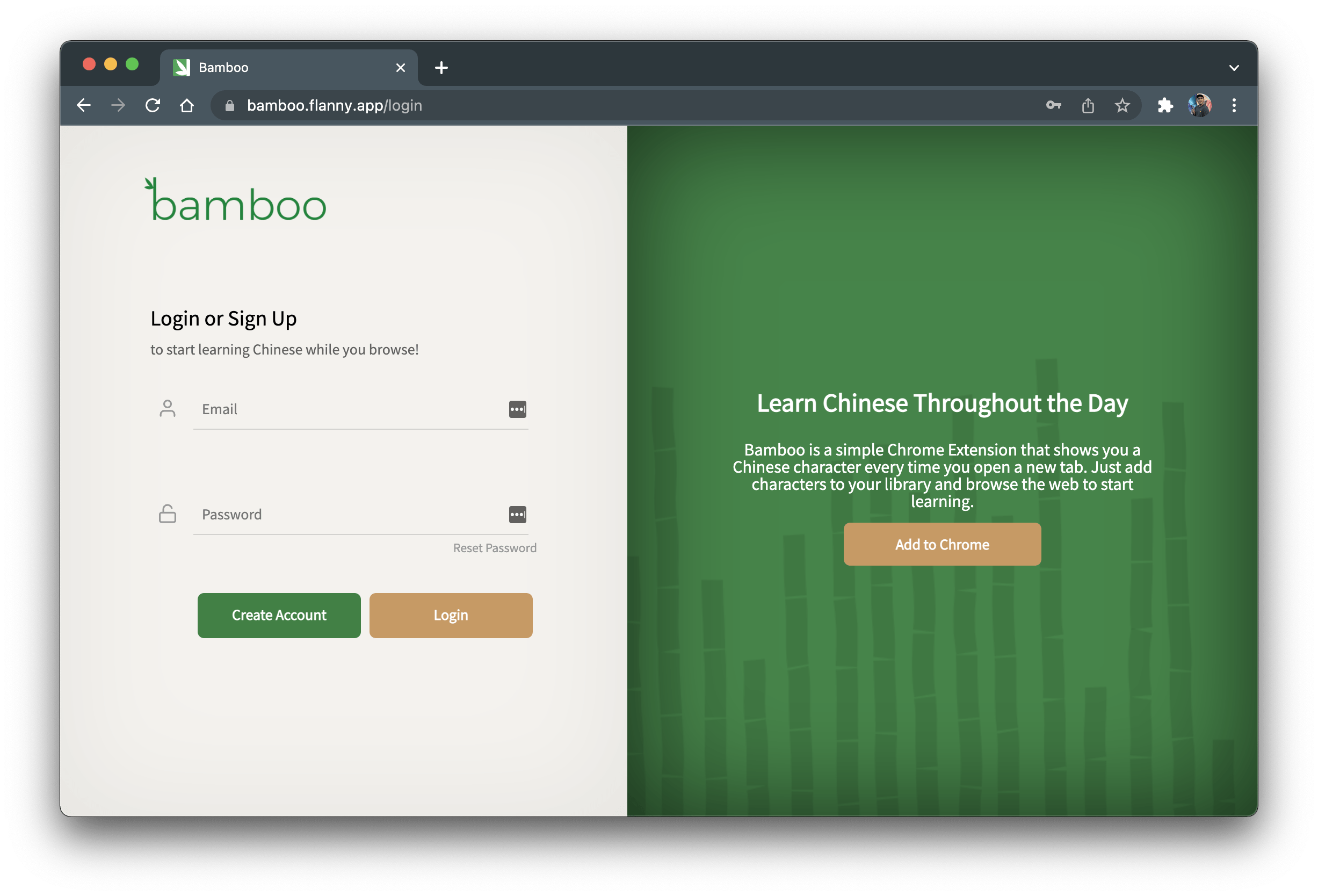 On Bamboo a user could sign in, enter words into a database, have the pinyin and literal English autofill (the best value add), and enter how confident they were. 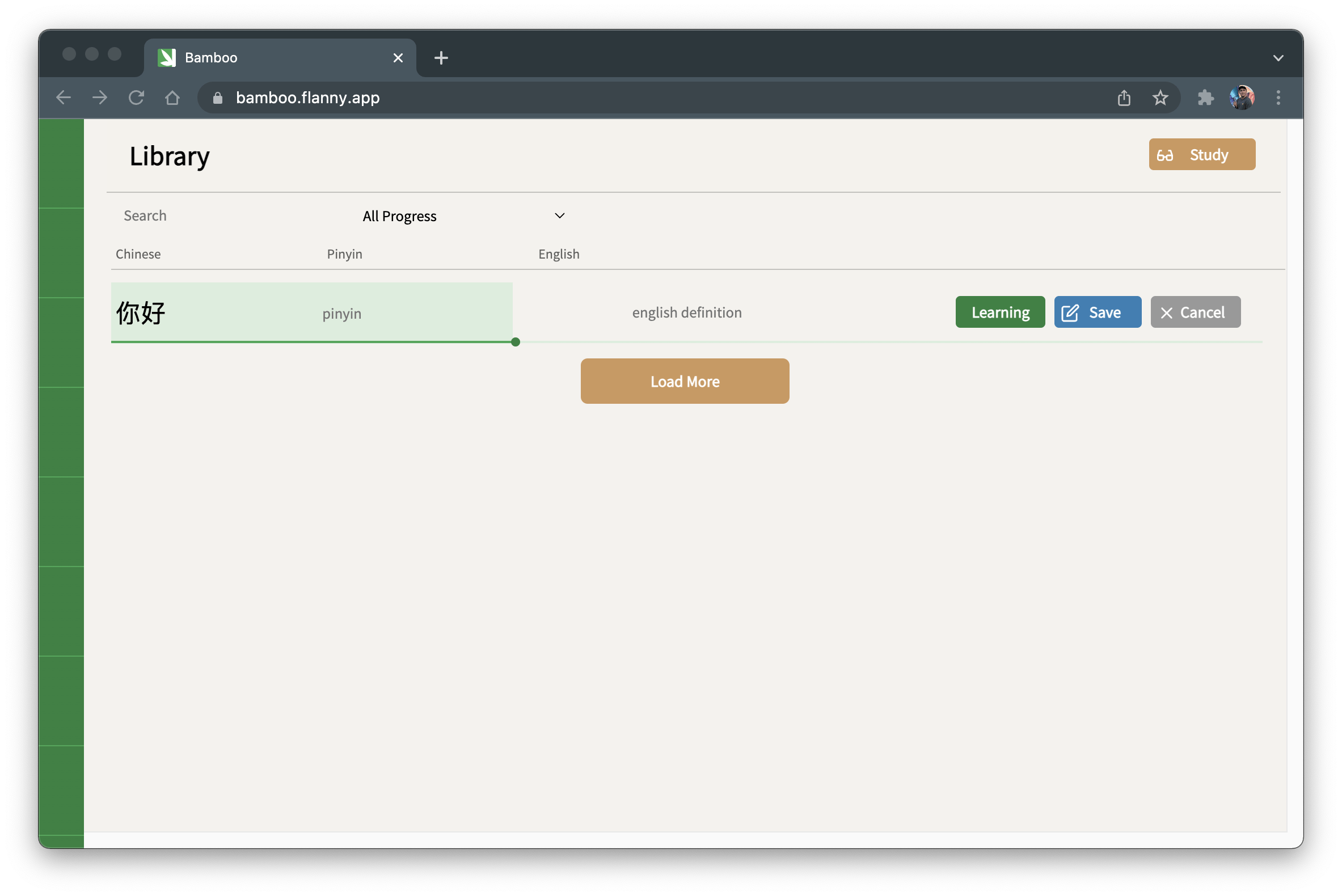 They would then see words sourced from Bamboo every time they opened a new tab in Chrome. 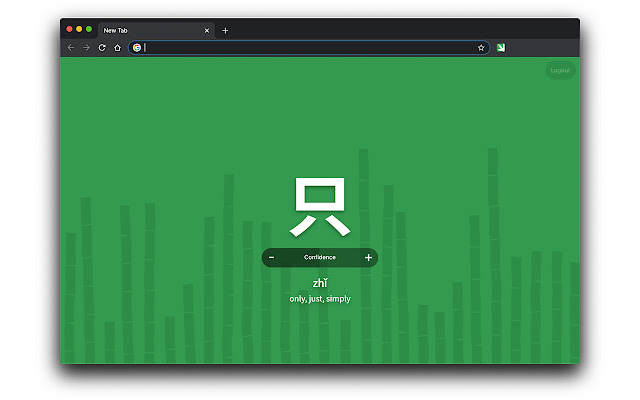 I worked very hard on Bamboo. I made a nice login screen, I designed a mobile friendly UI framework, I setup a db. I also made a ton of plans for expansions like word packs, library sharing, flashcard mode, a mobile PWA, word swapping while browsing the web. I spent so much time on coding I forgot that what I was really trying to do was learn Chinese. I eventually abandoned the project. 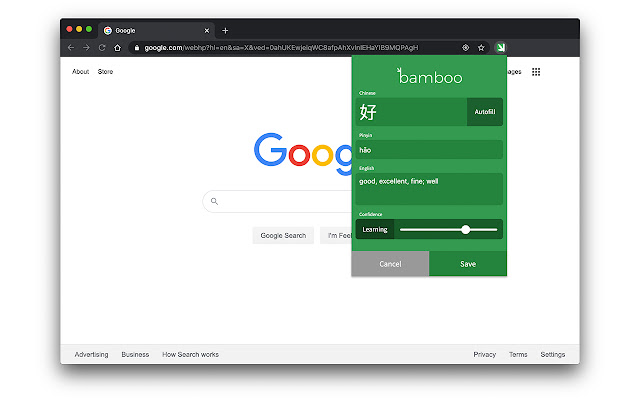 Language learning requires effort, and no amount of me programming will make me fluent. Other language apps are helpful, but learning a language has been done for all of human history without computers just fine. Apps or not, what it really takes is putting in the time.