In spring of 2019 I moved in to a new apartment with a woman who owned a cat. Charlotte was a pudgy, sociable, and feisty grey cat who would hit you if she wanted your attention. During the pandemic, I made time to make her a toy. Using a tutorial I saw online and a small Arduino, I made her a laser pointer turret.

Within a week, she pushed it off the edge of the table when I wasn't paying attention and destroyed it.

For a project of this simplicity, I didn't want to have to break out a soldering iron. I felt like I might eventually expand the project with a nice housing or additional buzzers or sensors, so I wanted it to be de-constructable. Instead I used a mini breadboard and an Atmega Nano. 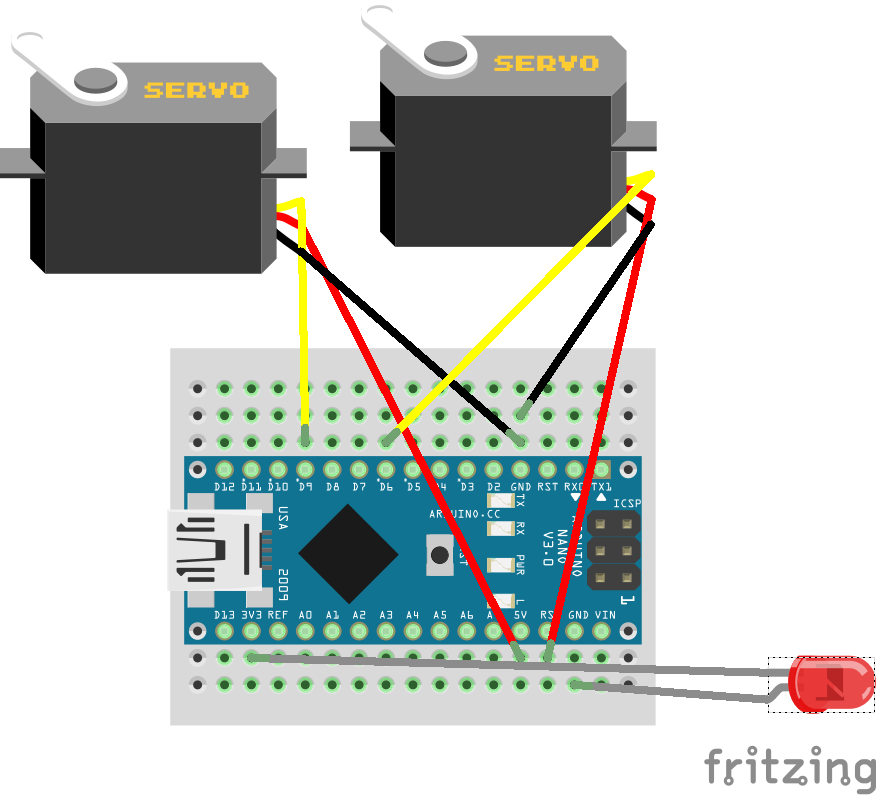 This is a simplified version of the expanded program. The goal was to add different types of motion like quick zig-zags, circles, extended pauses, and blinking. This basic function simple sets a new random point and then goes to it.

I purchased a kit for building turrets like this one that houses two servo motors. The final build was screwed and stickered into a scrap piece of wood and plugged into an outlet or portable charger. 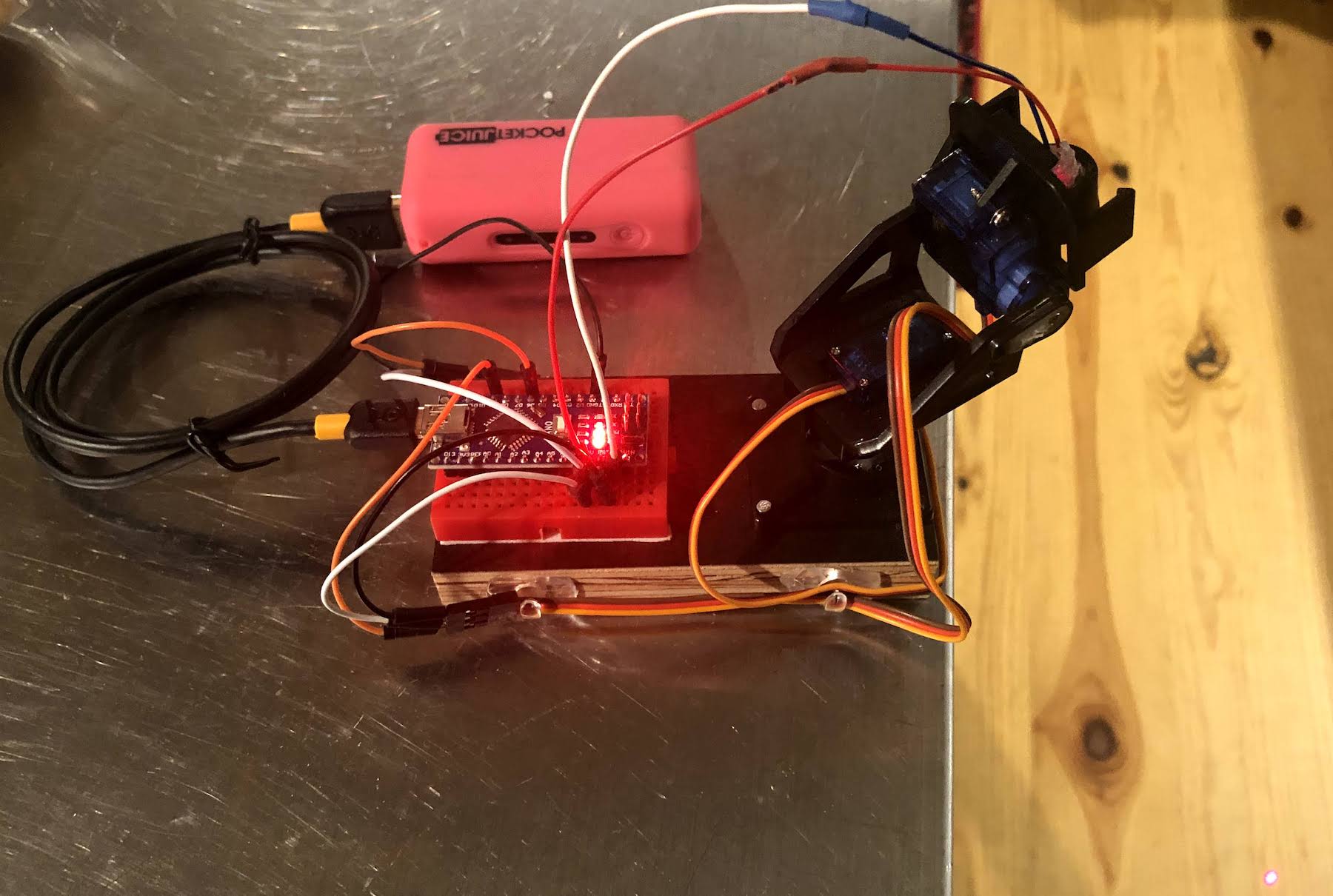