A visualization of Pi 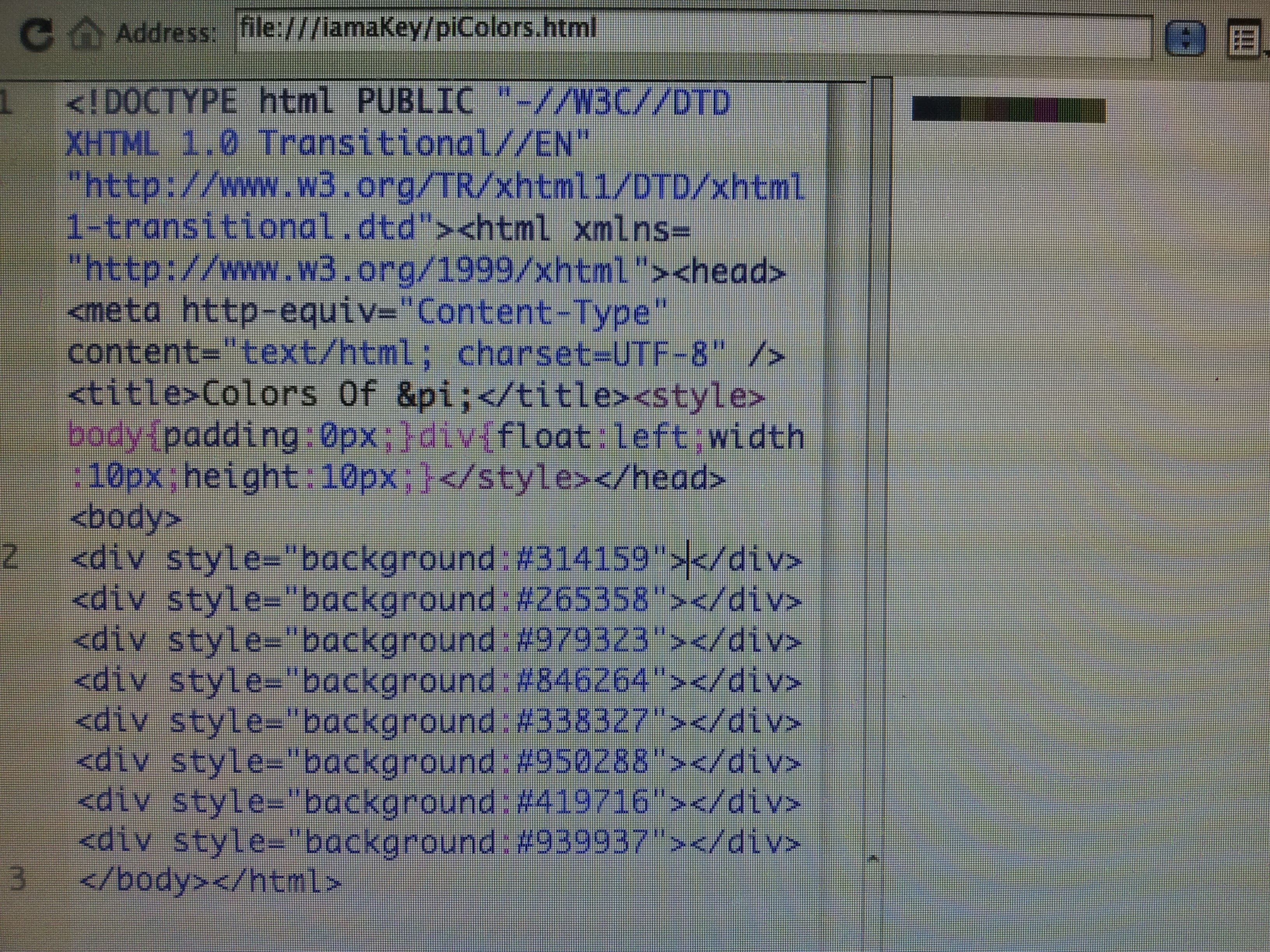 The first version of this site was made in Python. The code would parse a text file containing pi, and then insert styled <div> tags into an html page. 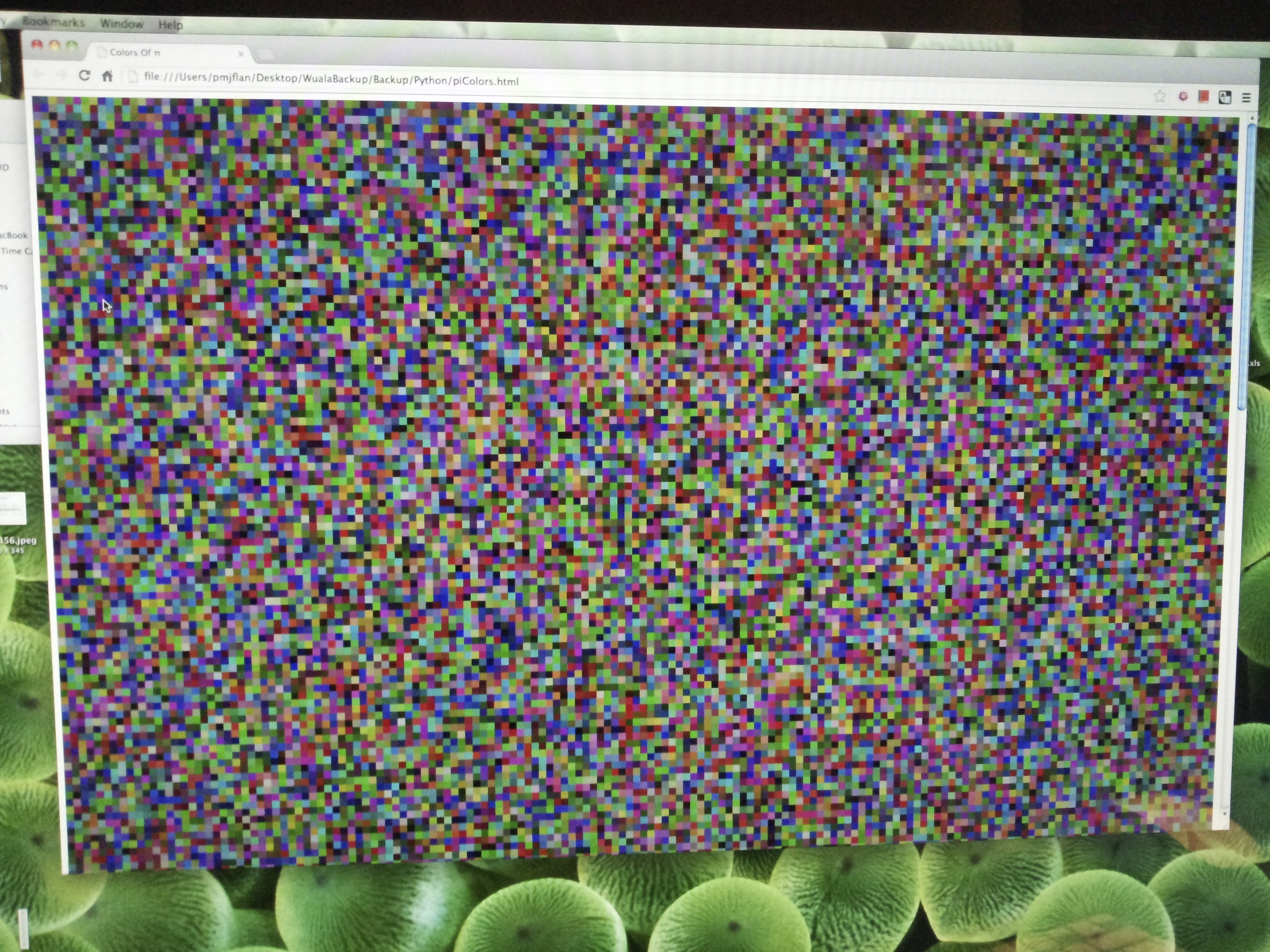 The result was pretty. Since, I was using hexadecimal colors, all of the colors ended up being dark. This was because pi never contained any A-F characters and couldn't make a color brighter than #999999. 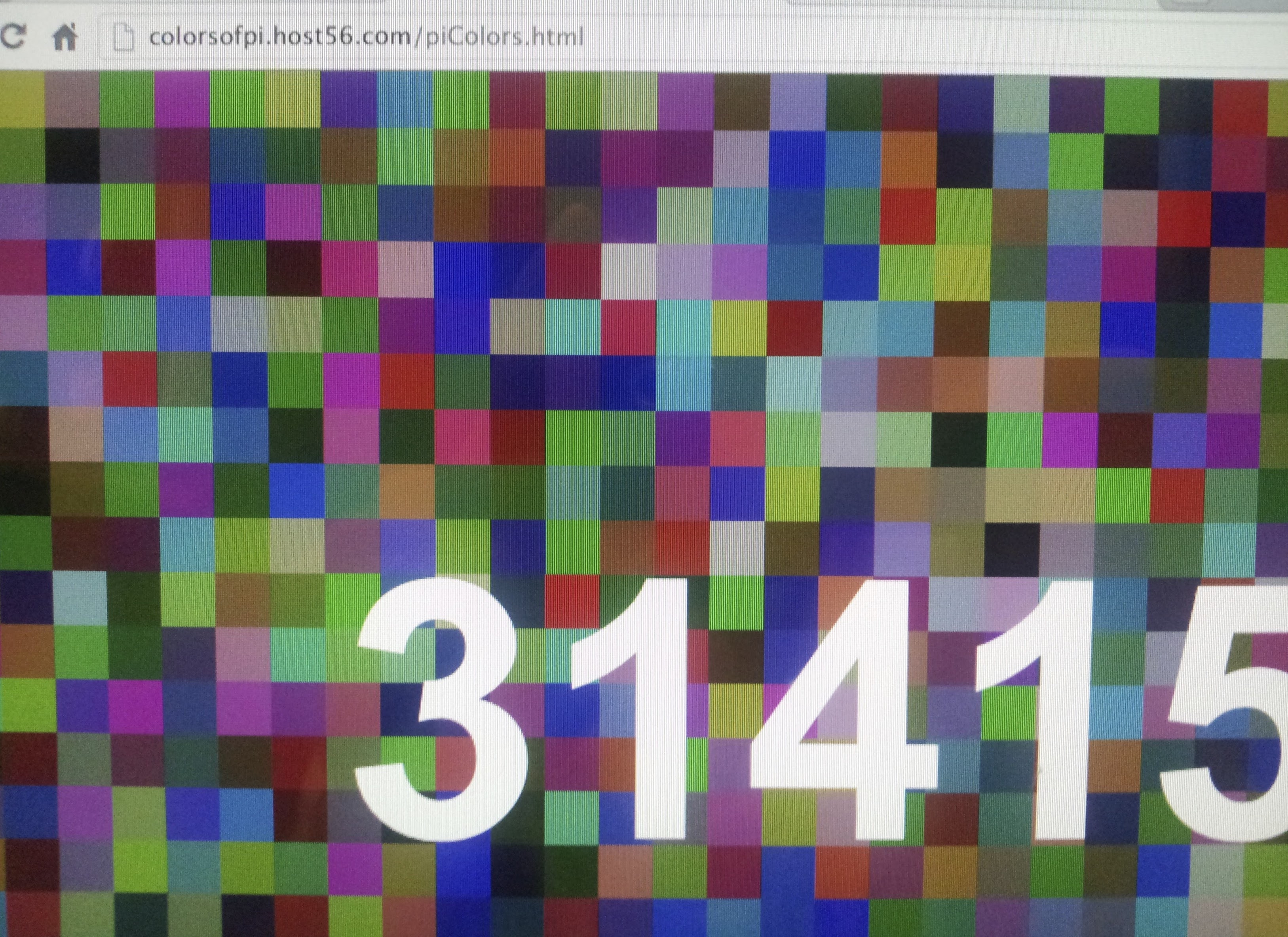 I was thrilled with the results, so I had to host it online somewhere. I found a site that gave me a very untrustworthy looking url.

I am convinced that SNL used my website as a background during their sketch "Meet Your Second Wife." Take a look for yourself: 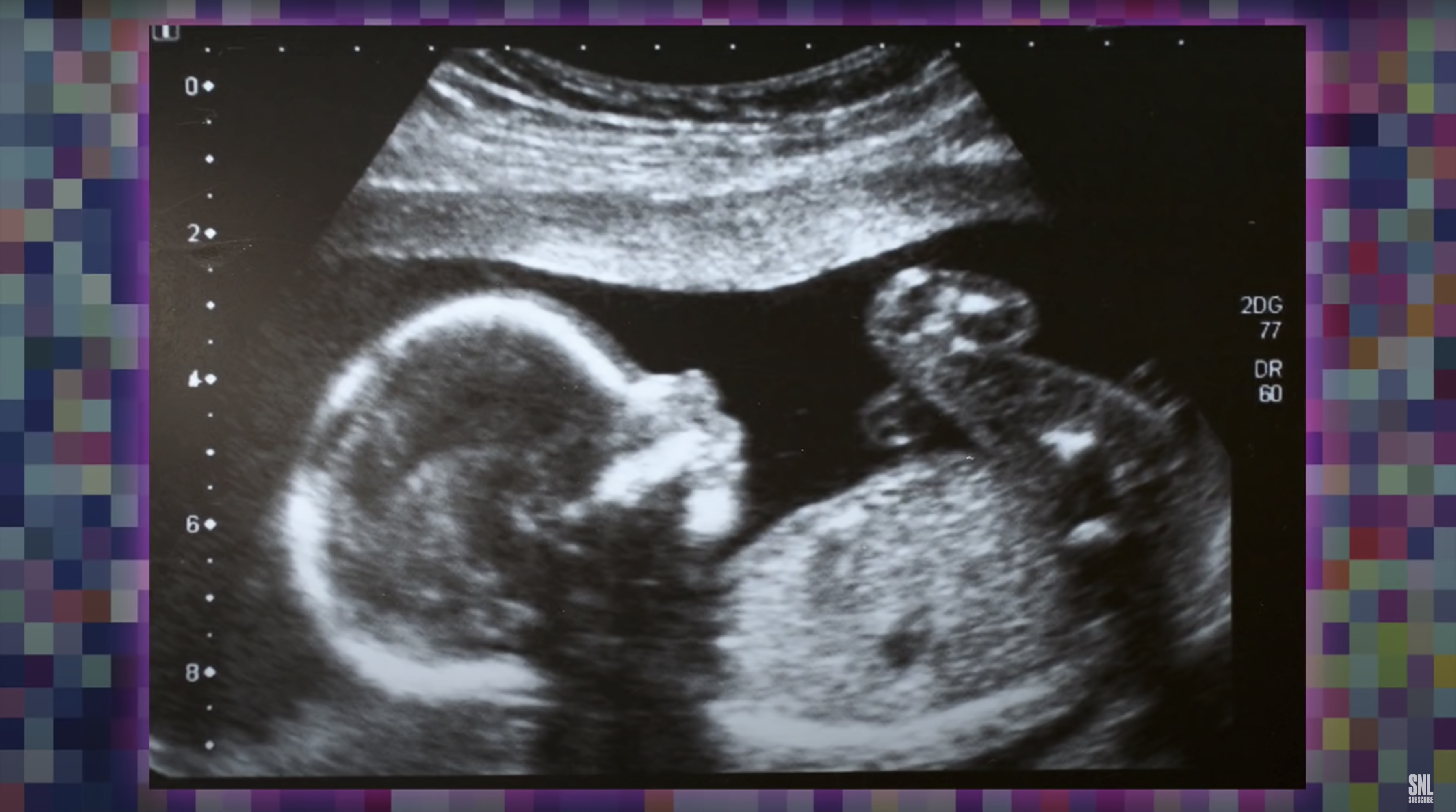 Years later, I felt compelled to rebuild the site so that it wasn't just one huge html file.