A cuckoo style wall clock for the G train

I love taking the subway, and missed taking it during the pandemic.

I found a cheap circuit board online called the Wemos D1 R2 with ESP8266 WiFi. I found it exceedingly difficult to work with in my IDE and would not recommend doing the same. Next time I have a project like this, I will use a regular Arduino Wifi. I also regret using 12V stepper motors, as they require power outside of the Arduino board, which felt like a fire hazard. I instead would maybe try and figure out a way to do this with low power servo motors, or would just ditch motors in favor of lights instead.

The board was simply cut out of cardboard with parts slotted into them. 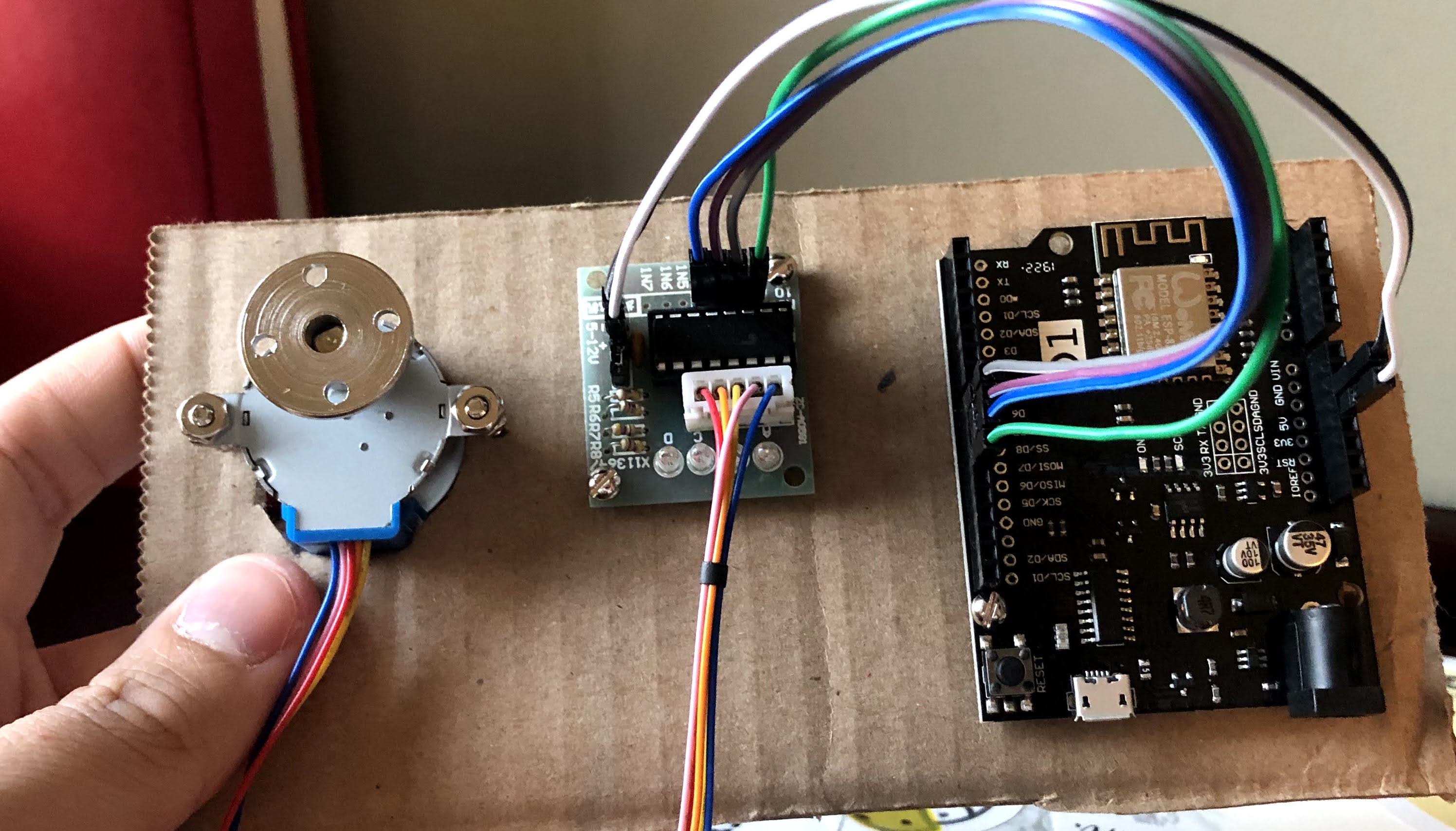 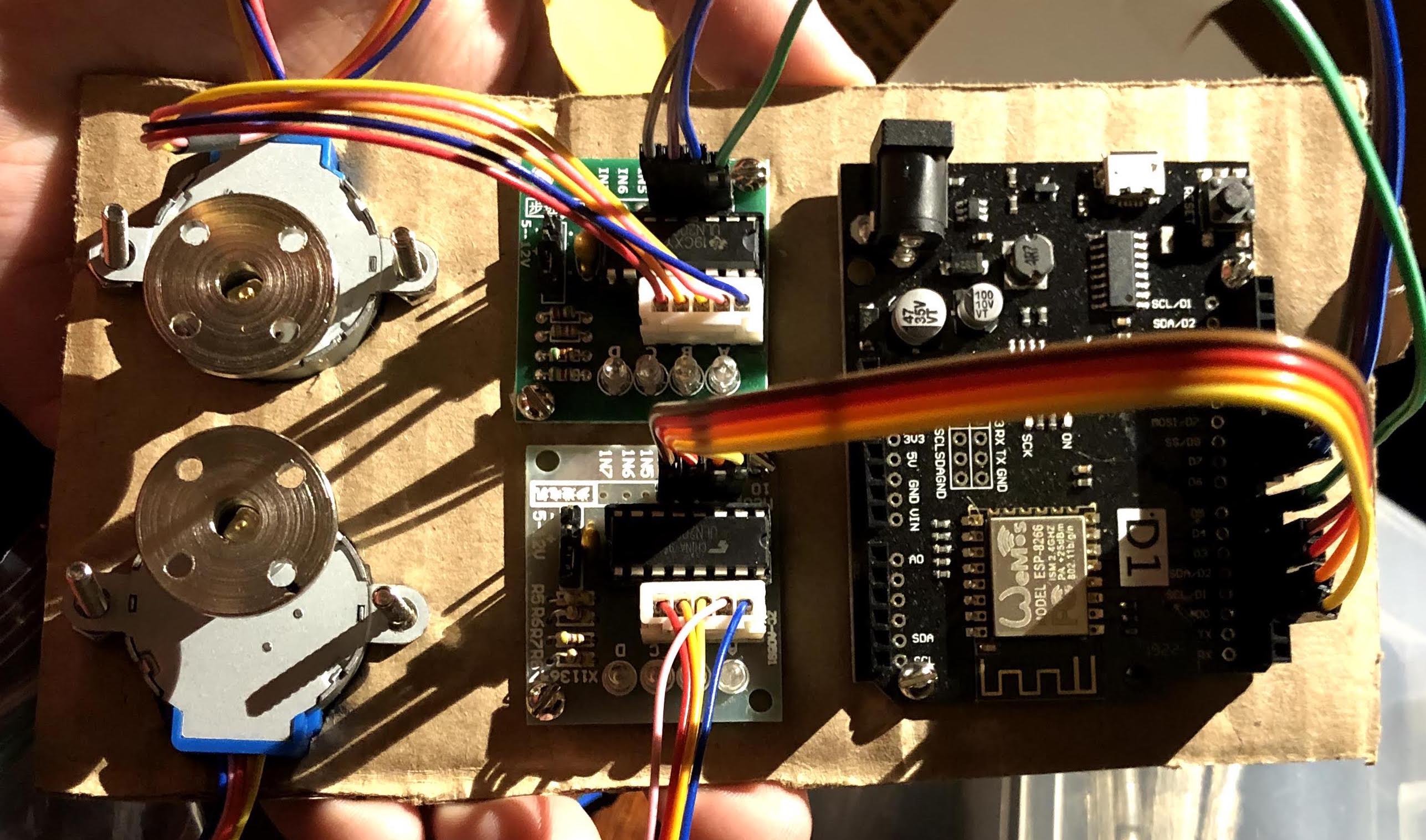 I used a Dollar Shave Club box to house the circuit board and painted the outside to match MTA signage, including arrows for up and downtown, the G for the train line, and a thin white line because that's what the MTA signs have. 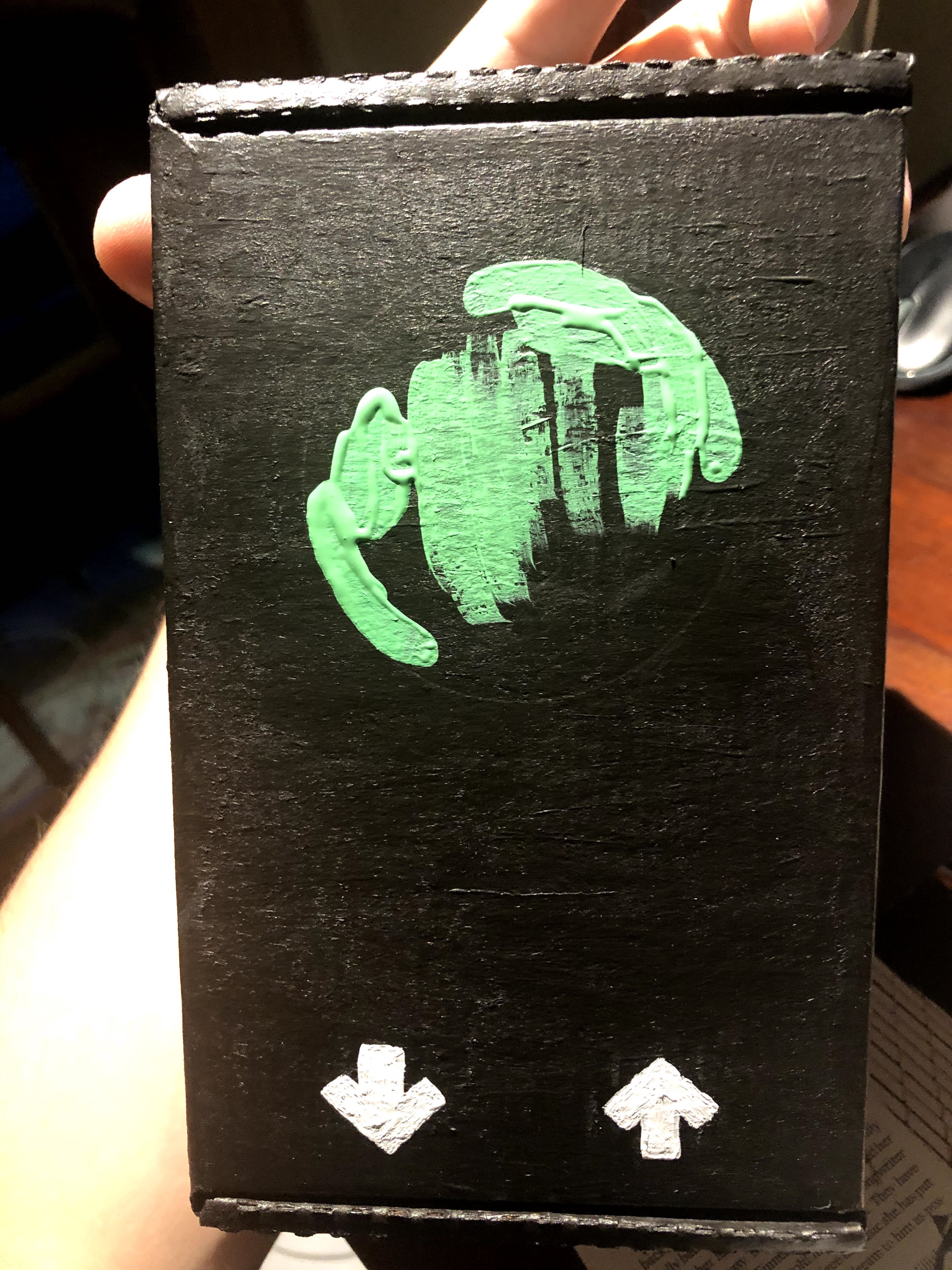 For the back, I planned on making a mini subway line with stops to mark how far away a train is. I also grabbed a map from a subway info booth to use as a backdrop. 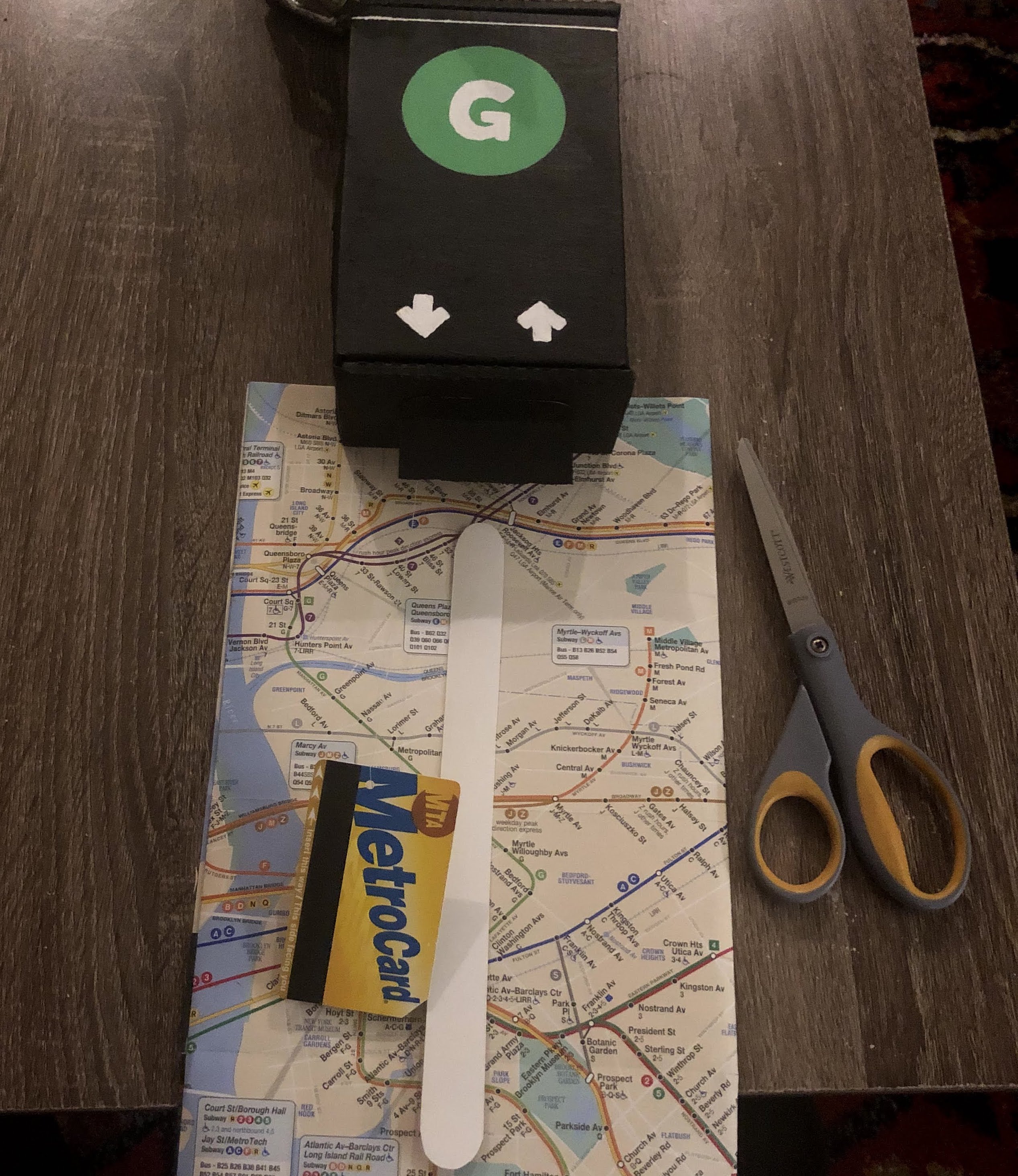 I fit the circut board into the box using extra cardboard and glue. Notice the way the box is cut on the bottom flap to allow it to close properly. 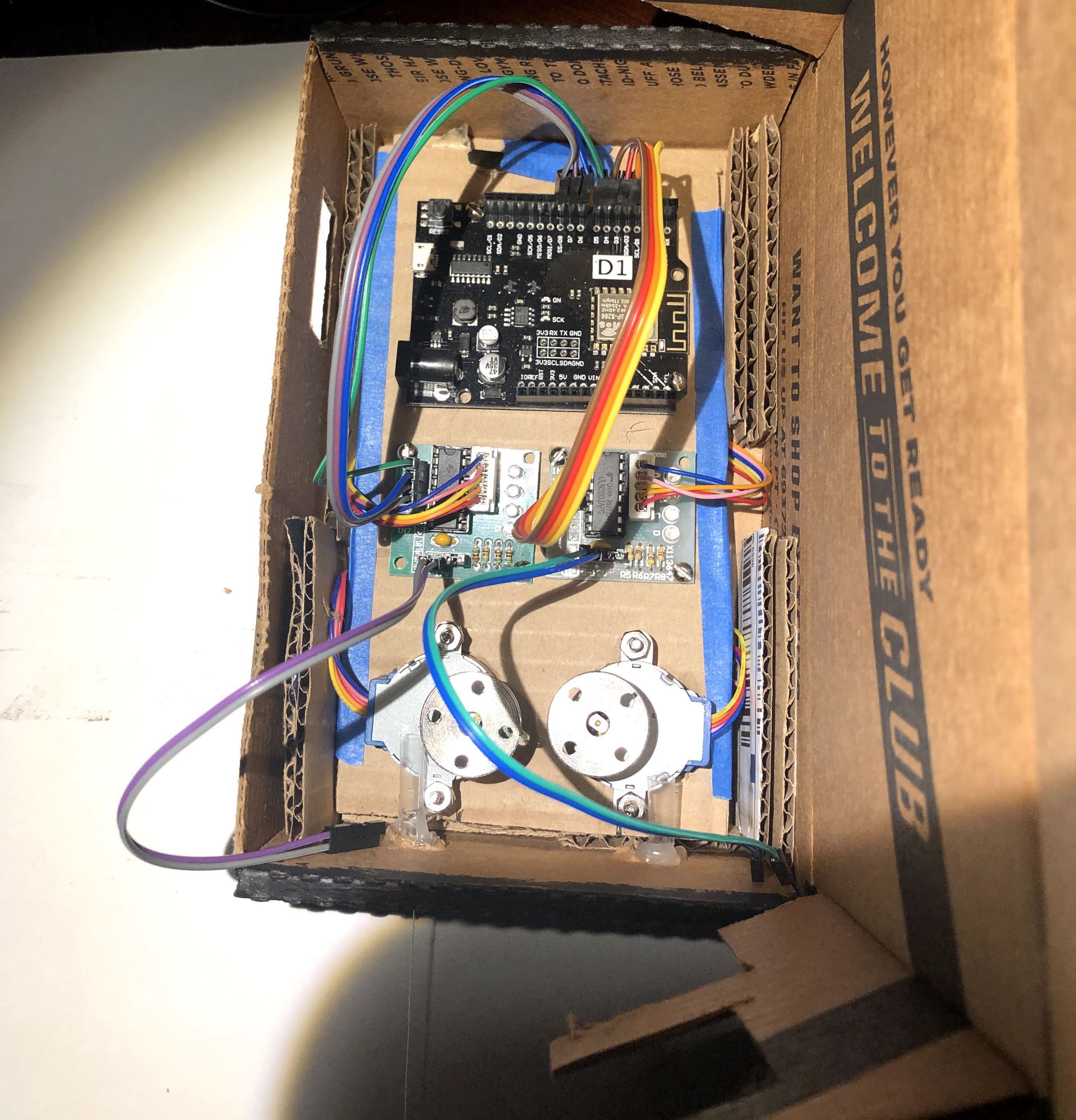 I added straws to allow the string to slide up and down more easily.

After building a class for using the MTA api, the serverless function logic was simple. Login to the MTA api and get the data for Queens and Brooklyn bound trains.

The loop for the Arduino involved a little bit of throttling. 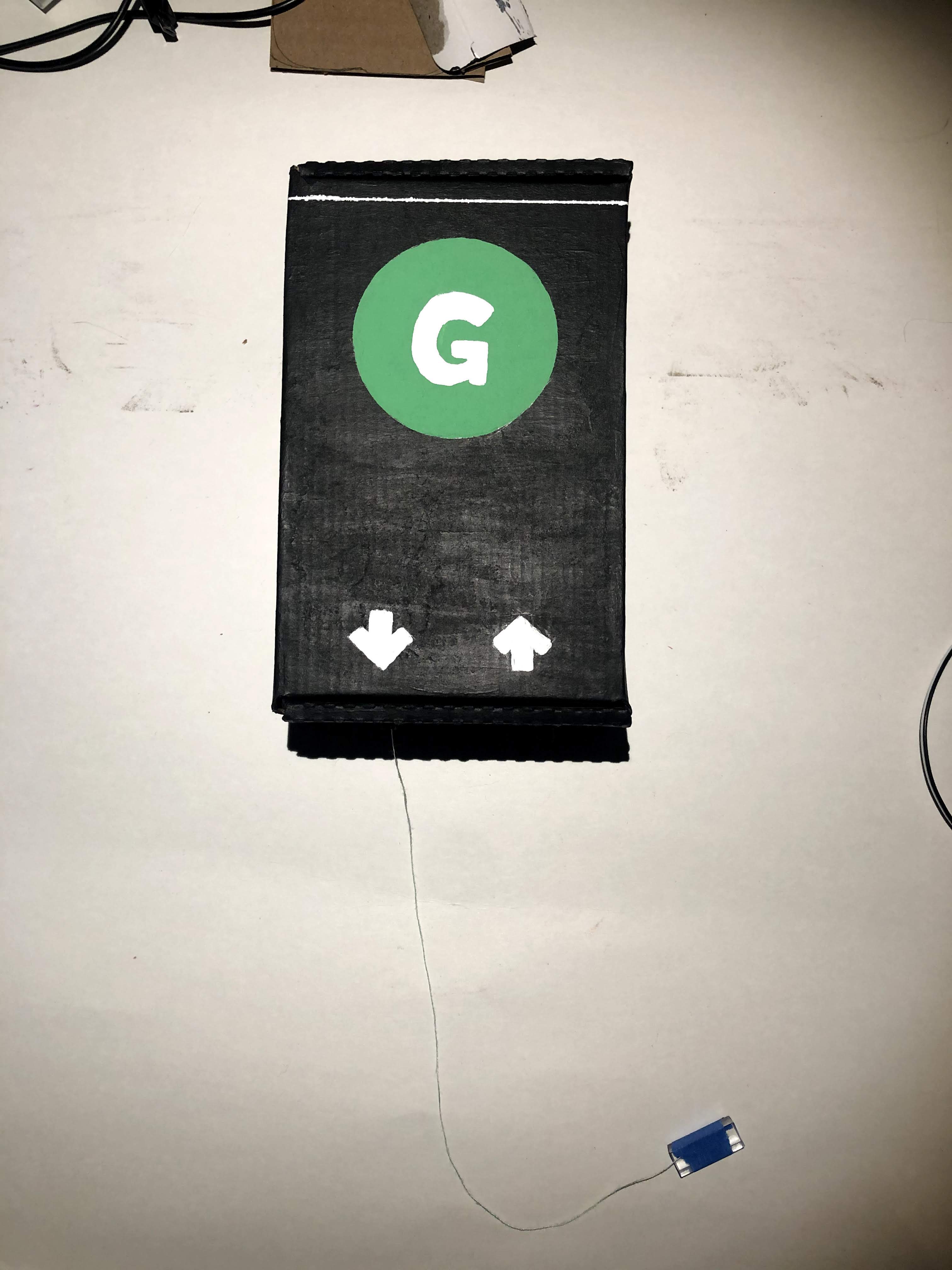 And would look like this if wall mounted with backing and toy subway cars. 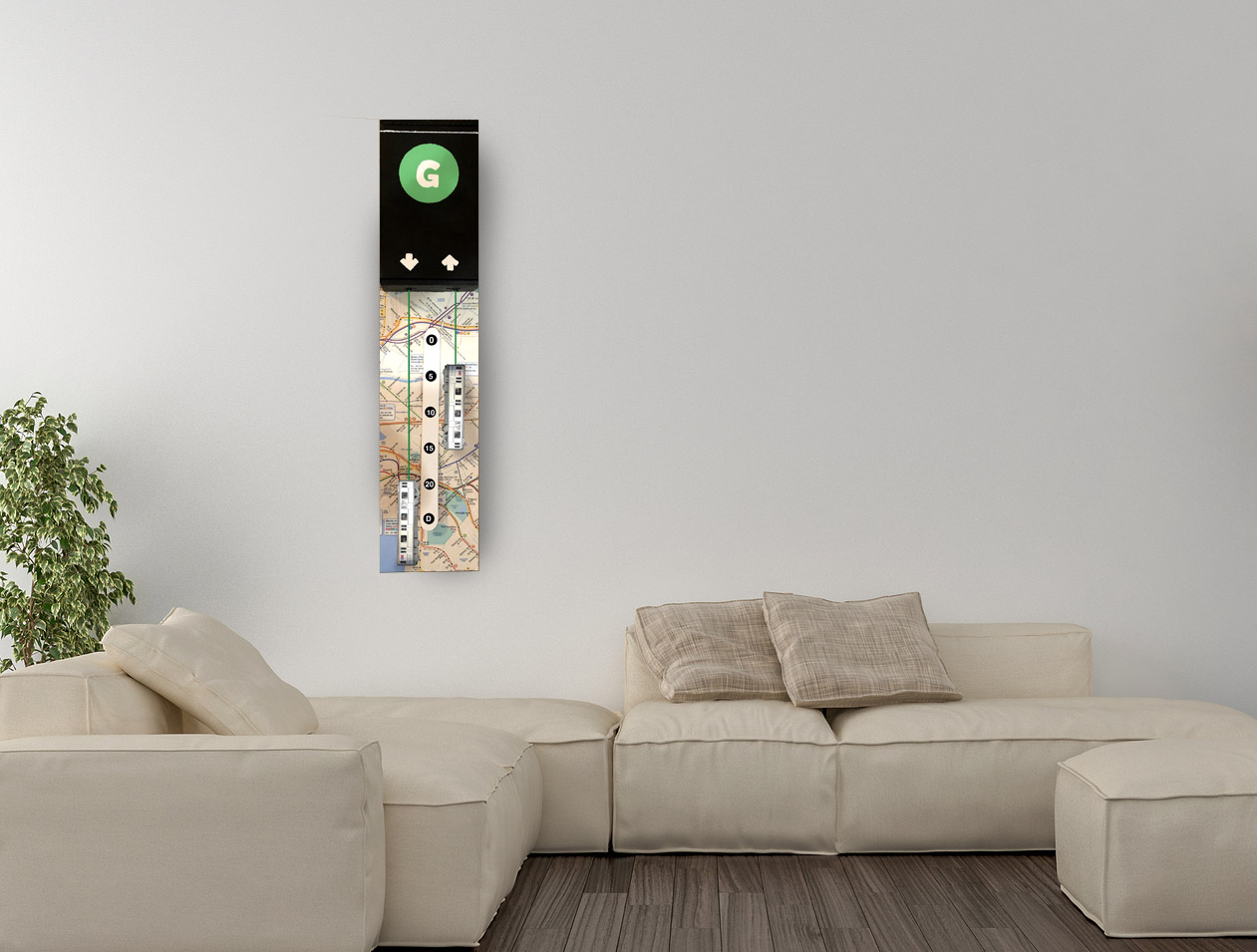 I would love to learn more about circuitry and purchase a 3D printer to make one of these that looks way nicer. I also have moved since building that and would maybe want to set up a website that would allow me to change the train settings.